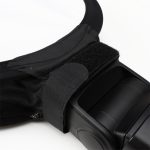 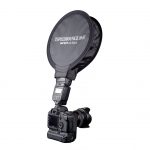 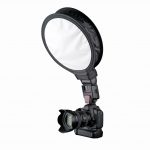 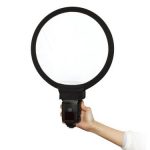 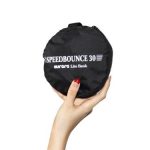 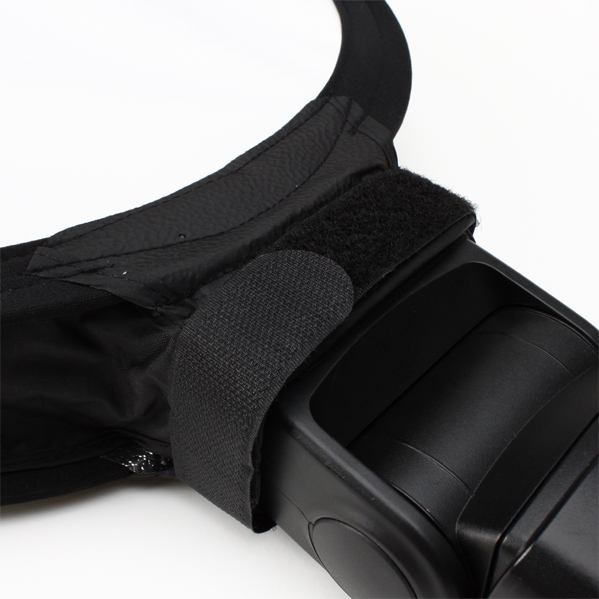 Portable light modifiers for speedlight were flooded in the market to meet the demand of speedlight users for soft or bounced light. They worked in terms of portability but compact size did not help to bring sufficient light over large subjects. Speed Bounce is designed to overcome this problem. Without losing out exposure, Speed Bounce delivers soft and even light to your subject eliminating high light and shadows.

Speed Bounce is even more portable than those small softboxes already in the market. It twist folds down to 1/3rd of its size and comes in a round carrying bag. Set up is simple as Speed Bounce will spring open automatically. Non slippery strap comes included leaves no mark on your speedlight and yet strong enough to hold Speed Bounce steady against wind.

Magnet cylinders are built in to keep Speed Bounce still even at a horizontal angle. The rear reflector panel used to get tipped over when tilted down. To prevent this problem, two magnet cylinders in series are being installed in between two reflectors on the right side as well as on the left side.

The first version of Speed Bounce had nothing in between two reflectors and showed a tipping over problem. The second version was offered with a plastic card which improved stability but it did not allow instant folding. The new version allows instant folding and set up.

Speed Bounce is offered in two different sizes; 30cm diameter and 40cm diameter. Both are ideal size for portrait shooting indoor as well as outdoor.

The way it was designed is the same as conventional softbox in terms of lighting effect. Back and column are made with black/silver material for reflection and front diffuser is made with Aurora standard diffusing material for soft and even lighting. 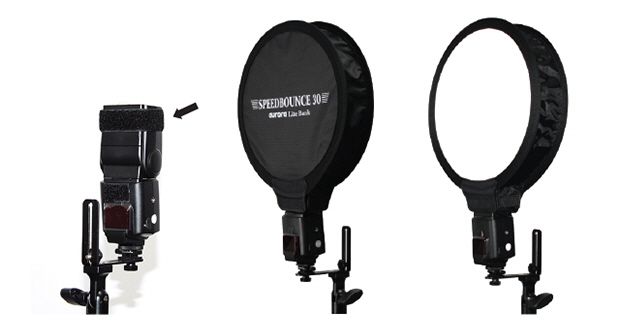 Extra Velcro strap is added for better attachment. Before the change, two kinds of Velcro loops were provided and each of them has pros and cons.

Four small patches of Velcro loop with sticky back come in a small vinyl bag. Once they are put on the speed light, they won’t get missed but on the other hand, it is not easy to remove them. Another Velcro loop in the package is with non slippery Silicon coated back. It is easy to remove when job is done but can go missing.

To make the Velcro strap never go missing and to grab a speed light better, a two sided Velcro is sewn to Speed Bounce lips. 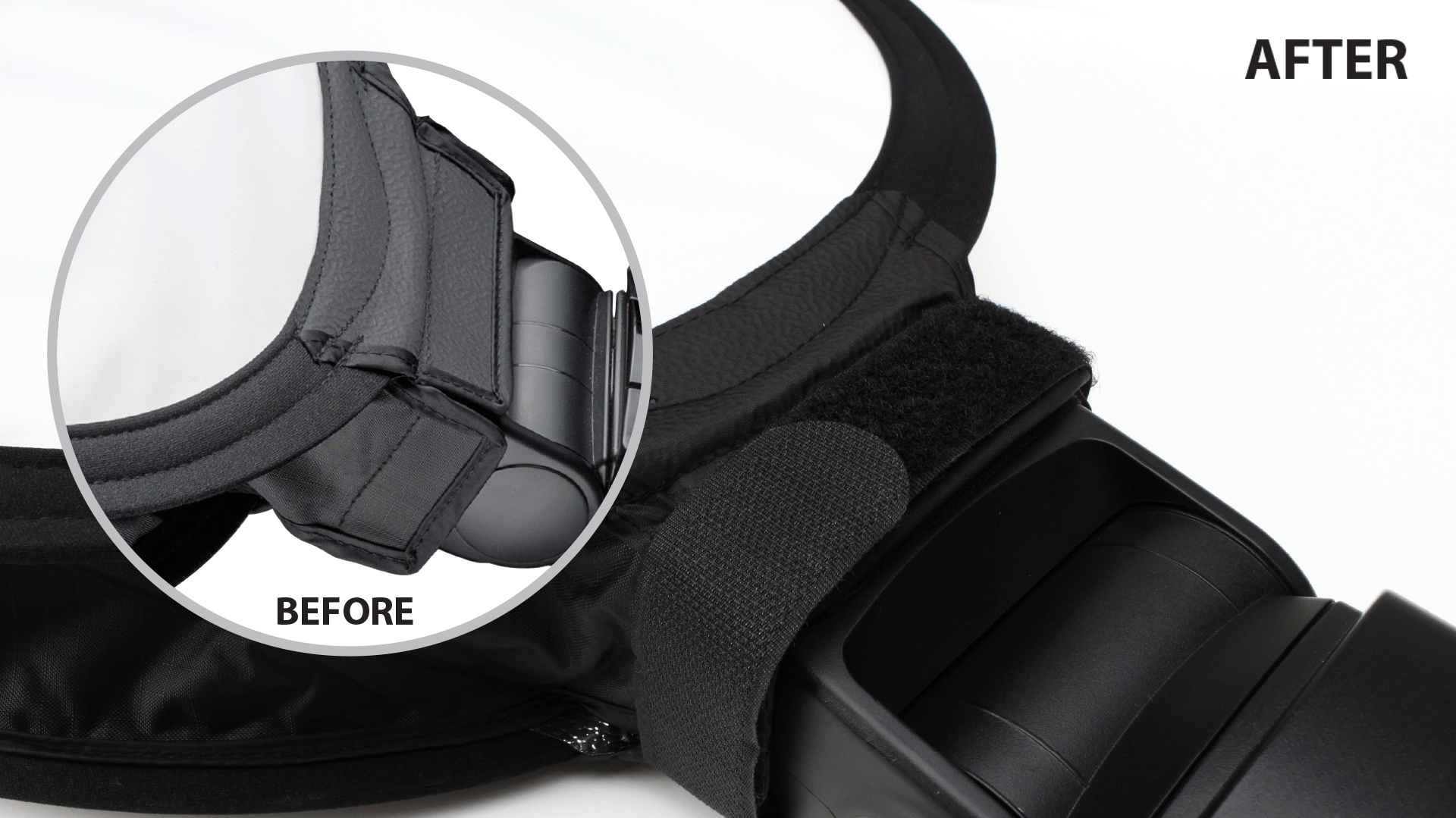 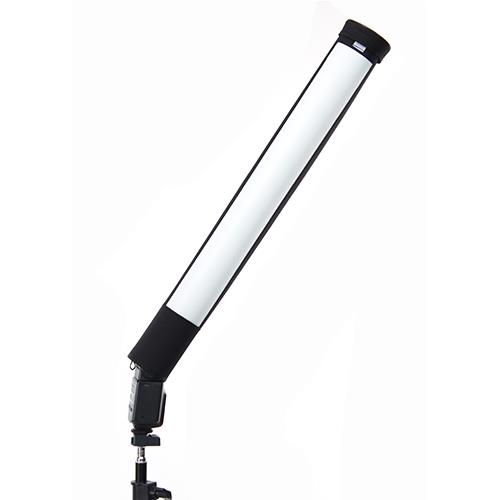 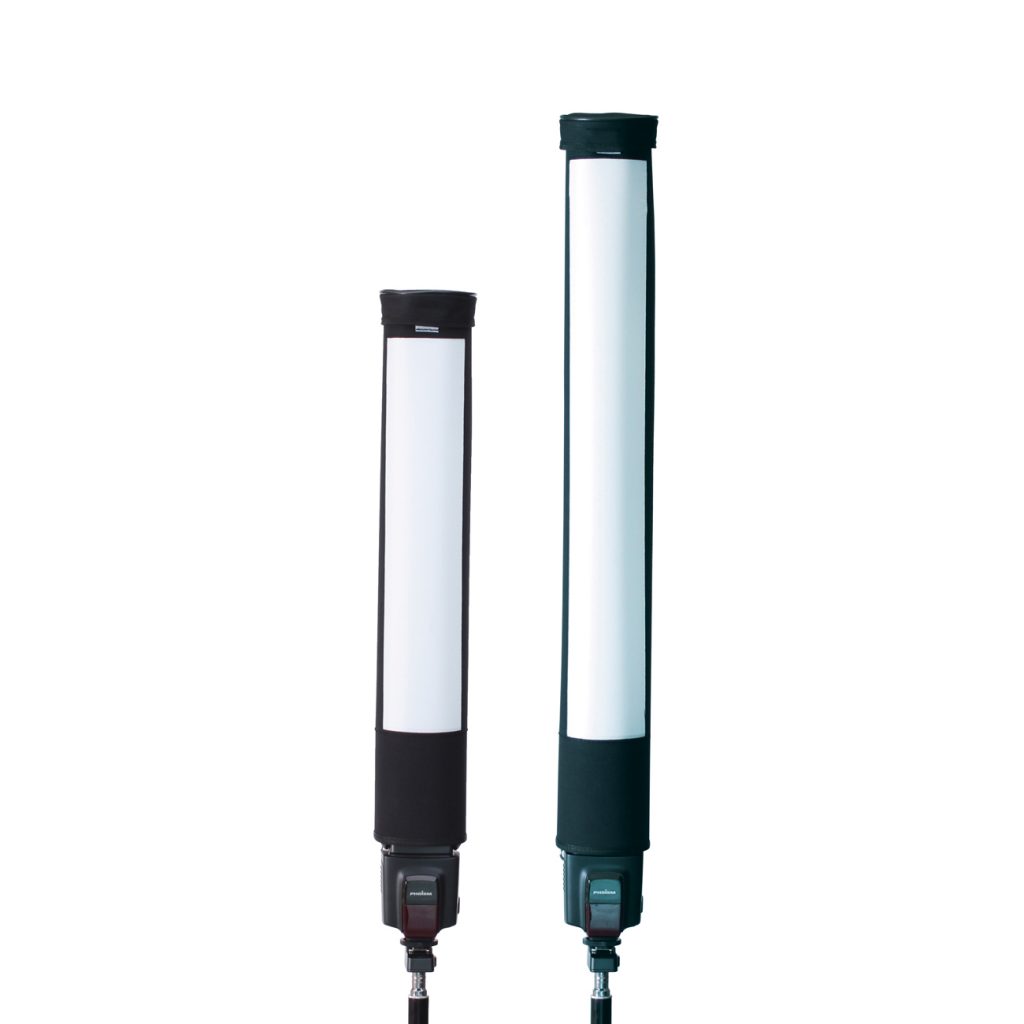 Strip Bounce is a strip softbox for shoe mounted flashes. It is compact, light weight, portable and shapes light for your need.